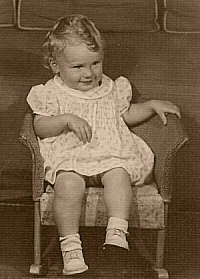 I was born in New York State, but due to my father’s job on the Erie Railroad (later the Erie Lackawanna) our family moved frequently. I attended three different high schools in three different states in three years.
I attended the New York State College of Ceramics at Alfred University, School of Art and Design, where I graduated with a bachelor of fine arts degree. I taught art as an itinerant elementary art teacher until I moved to Pennsylvania where I taught junior high art until my second marriage and subsequent move to North Carolina.
Unable to find a teaching position, I worked in a bank until the urge to write became too great and I resigned. I started a new job as a stringer for a daily newspaper, covering local events and government. Eventually I became a part-time and then a full-time reporter on a weekly newspaper before my promotion to city editor.
In addition to writing news stories, I wrote a column for ten years called “Confessions of a Yankee Housewife” that expored the dilemma of a Yankee transplant trying to understand a new culture. If anyone has ever wondered why a toboggan is a sled up North and a knitted hat down South, she will understand some of my confusion. As editor, I added a weekly editorial to my writing assignments.
As interesting and absorbing as newspaper work is, it leaves little time for fiction, which was and is my first love. Consequently, I left the newspaper to take a part-time job as administrative assistant at the Chamber of Commerce. That job became full-time also, and a bout with breast cancer served as a wake-up call. I resigned and began writing full time. My first book was an account of my physical and spiritual journey called “I’d Rather Go to California.”
It took a few more years before “Angels Unaware” was published. The book is partly based on real life experience and partly on “what if” musings.
I thought, “What if my husband hadn’t been supportive during my own yearlong battle with cancer?” I made Jordan into the exact opposite and gave Kat more to contend with than just her disease.
“Angels Unaware” was followed by “The Lunch Club,” both published by Draumr Publishing. When Draumr went out of business, I regained my rights and self-pubished both novels as well as “The Almost Bride.” I also co-wrote “Plotz” with Elbert Marshall. Most recently, Clean Reads published my trilogy, A Question of… which was followed by a historical novel, “Riverbend.”
And yes, I am working on another novel. CONTACT THE AUTHOR