Tara Walker dreams of more excitement than slinging plates of seafood for Cape Cod tourists, but as she learns when she is attacked and forced to fight for her life, fate sometimes has a funny way of giving you exactly what you wish for. Faced with strange new powers and embroiled in a murder investigation, Tara must now race to uncover the secrets of the ancient Fury that has woken inside of her – and of the evil that stalks her.

As if Tara’s life hasn’t gotten complicated enough, she is forced to ally herself with Jackson Byrne, witness to her assault and uncle to a pint-sized oracle whose fate is intertwined with hers. Skeptical, stubborn, and oh-so-sexy, Jackson wrestles with demons of his own. He is determined to ignore the attraction rising between them even faster than the body count, but like it or not, he and Tara need each other if they are to unravel the mysteries that surround them.

Nicola R. White comes from a small city on the east coast of Canada where ghost stories and superstitions abound. Although she is a lawyer by profession, her passion is reading and writing fiction. In 2016, Nicola’s debut novel, Fury’s Kiss, won the $10,000 Kobo Emerging Writer Prize in Romance. She is currently producing her first graphic novel.

I am a literacy specialist with experience performing in a number of roles. Having spent a great deal of time speaking publicly as both an educator and an administrator, I have accrued a varied skill set that I feel confident I can use to advance and advertise bodies of work. My passion for literature drives me to bring the voices within it to life.

I received this audiobook as part of my participation in a blog tour with Audiobookworm Promotions. The tour is being sponsored by Nicola R. White. The gifting of this audiobook did not affect my opinion of it.

Man’s Ruin is available for adoption on the Adopt-An-Audiobook page!

Declarations of a Fangirl

The Best So Far! Love Zula And Cade!

Flux is #03 of 04 in Starblind Series by D.T. Dyllin. All 4 are currently published with 3 of them being on Audio. The author has confirmed that #4 is the final book in the series and is in audio production to be on Audible soon.

Content Warning:
Sex both in thoughts and actions, so if you do not like sex, then you should avoid.

Flux picks up with Zula’s captivity. You find out what the kidnappers did to her, how she got away, and what happened in the interim.

This was a fun listen! A nice turn of story after the intensity and feels of book #2. I think it’s the best so far!

Zula is a Galvraron. A humanoid species with blue skin and blonde hair. This appearance is what spawns the human culture obsessed Jane to nickname her Smurfette! As you could guess, she hates it! She is second in command on The Pittsburgh and usually the levelheaded one, however, her encounter with a new piece of tech sends that to hell in a hand-basket!

Letting her emotions loose, turns Zula into Jane, and it is a fun ride. We get to learn more about her life, why she left on The Pittsburgh, and who she is actually related to. Kade is a good counter balance to Zula’s overly logical mind.

Kade is a mercenary, sent by Zula’s parents to bring her home. He has his own secrets and ties to her family. They are good too! To say any more would be spoilers, so if you want to get details, please see my Read Along for it. 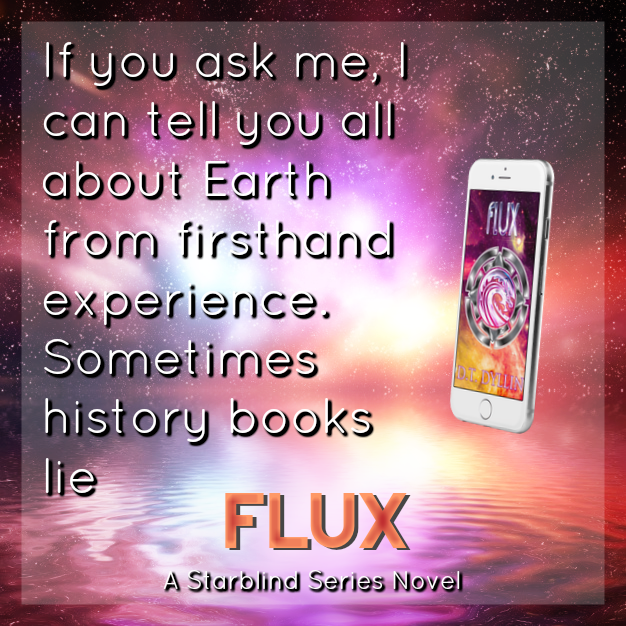 The Starblind series just keeps getting better! The plot thickens as we head into the final book! Nina is the heroine of that story and it is set into motion toward the end of Flux by Jane. I’m excited to listen to it when it hits audio soon, but sad that this series will be over. I don’t know how its all going to go down, but I just know it is going to be epic!

D.T. Dyllin delivers! I had a good time listening to Flux and can’t wait for #4!

Ashley Holt IS the characters of Starblind! You can hear some page turns in the audio, but it’s not very noticeable. 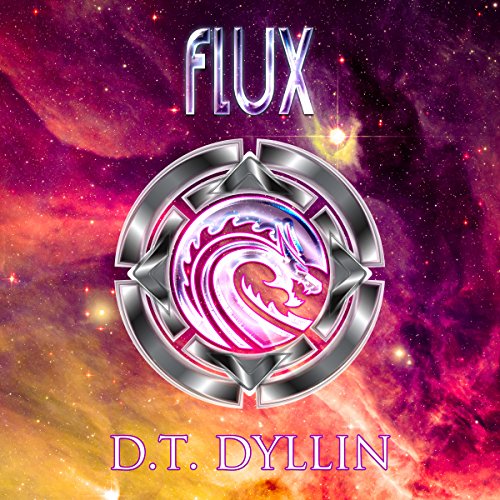