The Sheikh’s Contract Fiancée is #1 of the Almasi Sheikhs Series
by Leslie North.

Content Warning: SEX! Plus Annabelle has a BIG potty mouth! So if you do not like sex or cursing, then you should avoid.

“Not all love fits inside the convenient boxes we make for it. It seeps out, one way or another, in ways we least expect it.”
–Sheikh Imaad Almasi

A bit of a new spin on the Sheikh’s arranged marriage plot. Usually it’s an arrangement made by their father to a woman from their country that they are trying to avoid. This time the deal is with an American father trying to sweeten a merger deal.

Sheikh Imaad Almasi is the youngest of the Almasi brothers. The merger is necessary to prevent massive dismissals, but he doesn’t like being cornered into marriage. He is the one to initially come up with the plan: to play along until the merger is complete.

Annabelle Thomas doesn’t have the best relationship with her father, but agrees to be his representative in Parsabad. She is to see to the finial details, sign the paperwork, and in exchange, her mother’s hospital bills will be paid in full. It is not until she arrives that the “Fine Print“ is revealed to her. She agrees to go along with Imaad’s plan but not without a contract. Annabelle swears like a champ, and I love it! It’s not excessive, but sometimes in life you need a good curse word, or 4, :-).

Life doesn’t go according to their plans, and its oh so good! This story is HOT and entertaining. Although making love out in the desert worries me. Just like the beach, sand gets EVERYWHERE! It is refreshing for both the Hero and Heroine to be equally strong/dominate. Often there is a deficit in one direction or another. There are still 2 more brothers to go and I can’t wait!

Leslie North is one of my go to authors for great romance. This title has had some publication issues that can be read about on her website. I find it totally unfair and a bit F*d up, but you can read for yourself.

Craig Van Ness was great. Both genders as well as the general story narration was done superbly! Would listen to more titles performed by him.

Original speed seemed a bit fast to me. I listened @ 0.85 speed. Don’t be afraid to experiment. 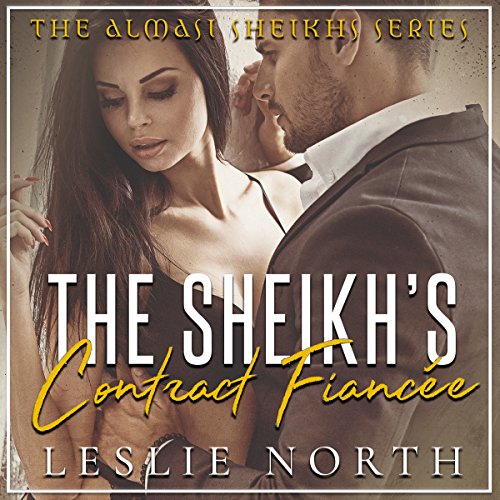