Dragon Fever From Another Realm!

The Dragon of Destiny is #02 of 03 in Dragon Fever Series by Serena Rose. All 3 are currently published with all of them being on Audible.

David Quimby narrates this title, however all three are performed by different artists.

Aside from having a dragon shifter as a main character, I cannot see any other link between the three. This is my first in this series so I could be wrong. 🙂

Warning: SEX!
Yes, both in thoughts and actions, however, the words used are overly cutesy and downplayed, so it would be more middle of the road than anything. That being said, if you do not like sex at all, then you should avoid.

Audible Excerpt: The Dragon Of Destiny

This is a shifter romance, and its Dragons!

There is magic as well as other worldly beings. There is love learned and love lossed.

This asks the question that I see many artists deal with: Does it matter that you got there by your own merits? Does having a leg-up cheapen your true talent?

“I summon Adeen from the place of fire and dreams alongside our world.  Come to me, o’ Adeen, and make yourself known.”

Adeen is a Salamander from another realm. She has a long life span just like a shifter, but… she is… something more! You will have to listen or read to get the details, but just know she is special. She falls smitten with Matthew, a dragon and an artist.

Despite their mutual long lives, Adeen is still older than Mathew so there is a cougar vibe to the story. It shouldn’t matter as both of their species still look very youthful, but it seems to be a problem none the less.

“he’s not from around here.  He’s from the Draconis Islands.”

Matthew is a WereDragon, which is something that is out and known about in the human world. He is 23 and a computer game designer that paints on the side. He is having an art show when he first meets Adeen, and they hit it off quite quickly. Everything seems to be going perfect for Mathew, which is of course when it all manages to go completely wrong! His faith in himself and his trust in Adeen are questioned and he doesn’t cope well.

The Dragon Of Destiny definitely seems different from the other two books in the series. It’s more than the typical shifter type story. The over use of alternative terms for the sex parts and Adeen’s constant reference to Mathew as if he were a child makes for some awkward dialog. Despite the mythical pretenses of the story, it still resonates with reality. Most people have that job they do while they are striving to do what they ultimately want to do forever.

The last conscious thought that she picked up from his mind before sleep took him was, I love you, Adeen.

This is my 1st read/listen by Serena Rose, and I am definitely intrigued. I like the fresh take on the shifter love affair. I would for sure listen to more of this series as well as the author’s other work.

This is my 2nd listen by David Quimby and he did a great job with story. His female voices could use some polish, but that is not uncommon with Narrators of the opposite gender. 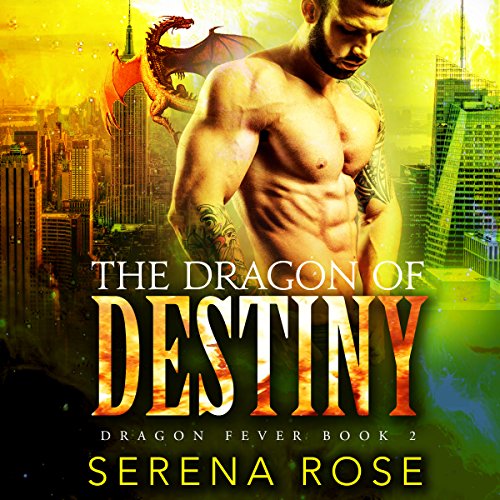 The Dragon Of Destiny

Sometimes The Bad Brings Us The Good We Really Need!

This is book 2 of the Ridding Tall Series. It is my first of this series as I have not read any of the others.
Yet!

♥ Story ♥
19 years ago Cat Hayden left her home and heart behind for greener pastures. As we all know, the grass is rarely greener on the other side. Cat finds herself back home to care for her aging grandmother, with a new face and a new outlook. Her love from the past, Blake McBride, is still around but now with battle scars of his own as well as a teen daughter. Despite their past misadventures, the love they felt for each other never left their hearts.

Many obstacle get in the couples way. Some that makes your heart hurt for them and some that make you want to crawl through the page and punch a bitch in the face. The ex is a despicable person that will provoke the beast in you, just be warned.

♥ Author ♥
This is my first read by Cheyenne McCray. She is definitely good at writing the villains, cause I really wanted to stab one of them with a fork. I would for sure read another work from this author and more than likely the next one will be another in this series.

♥ Narrator(s) ♥
David Quimby’s voice works perfectly for a western. It has that raw edge to it that just sounds rugged with a layer of dust or dirt you would see on the clothing of a cowboy.

The ebook can be found through your local library. It may need to be recommended through the overdrive system. 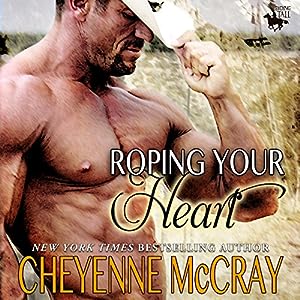