I Want To Learn To Paint With Thread!

Content Warning: SEX! Both in thoughts and actions, so if you do not like sex, then you should avoid.

This is technically #01 in a spin-off series, but it is also part of the bigger Sullivan world. I did not have any problem starting with this one, but I did feel like I was missing out of some of the back story details. I now want to go back to the beginning and read the prior 14.

Drake Sullivan is some-what of recluse with painter-block. He hates being asked uncomfortable questions about his parents, as that seems to be the topic the press fixate on instead of his very successful art career. Drake spots Rosa on the cliffs by his house in a distressed state and he wants her, both to paint and to rescue. He has sworn never to paint a woman as that is what made his father lose his mind, but he can’t help himself.

Rosa Bouchard is trying to hide from the world and the relentless press. She is part of a reality show with her family similar to the Kardashians, with her being the equivalent to Kim. Pictures were taken of her illegally getting in and out of the bath, and have made their way into all the papers and magazines. She goes to the cliffs because they remind her of her deceased father and meets a sexy painter that offers to take care of her for the opportunity to paint her. He encourages her to pursue her own art en-devours of painting with thread, which sounds totally awesome!

This story has a lot of heart as well as steam, which is the best kind of story. It also has an adorable dog named Oscar who totally steals the show! It ends somewhat abruptly, but I think it may pick up close to where this ends in the next book as they were laying the ground work for it. I would recommend you get #2 upfront so you don’t have to wait to continue reading.

Bella Andre is quickly winning my heart and I am looking forward to more as well as want to go back to the first Sullivan book and read the whole series.

Eva Kaminsky performance was excellent. There were clear distinctions between her male and female characters. I did pick up a smidge of Irish accent in the recording. It is not very noticeable and it didn’t interfere with my listening enjoyment. If anything it made me giggle. 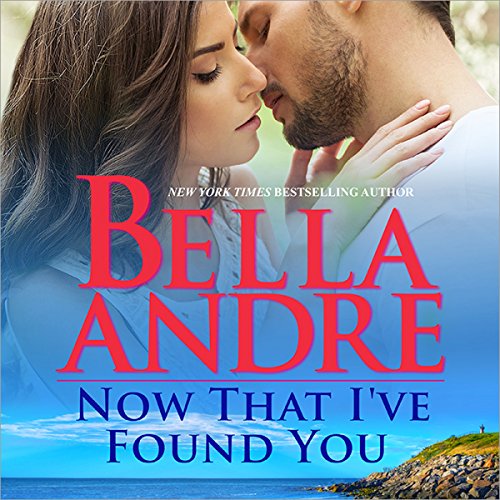 Now That I’ve Found You