I Want To Listen to Whitney or Dolly!

Content Warning: SEX! It takes them more than half the book to get there, but YES, Both in thoughts and actions, so if you do not like sex, then you should avoid.

This is technically #02 in a spin-off series, but it is also part of the bigger Sullivan world. I did not have any problems, however there are a lot of cameos from past characters so I’m sure if I was up to date on the series, it would of been a boon to me, rather than furious note taking. I do have plans to go back to the begining and start a new once the 3 book audio tour is over.

We met Suzanne Sullivan back in book #1. She is Drake’s older sister, and an IT Genius! She is having some issues with competing tech firms and against her wishes, her brothers hire a bodyguard.

Roman Huson is an old friend of the Sullivan boys, and someone that they have full confidence in protecting their stubborn sibling. Suzanne tries to refuse, but they have set Roman up in the condo next to her, so there is no escape. She instead opts for getting him fired by trying to seduce him, counting on her brother’s over protective natures to do the firing for her. Being a coding nerd who rarely dresses up in more than worn jeans, t-shirts, and comfortable shoes, it is pretty obvious to everyone what’s up! Except the men in question who all seem to be completely clueless.

The threats didn’t really seem all too serious, being mostly annoying crank phone calls at all hours of the day and multi attempts to hack her servers. Suzanne is a master at her job so she never loses any data, its just a time sink. Once anything serious actually comes of the matter, it is wrapped up so fast that it seemed like a waste of a plot line. There were great moments along the way, don’t get me wrong, I was just waiting for something more to happen, and it didn’t. It’s still worth the credit, and I’m excited to get to the next one to hear, pain in the butt, Alec get his comeuppance!

Bella Andre stumbled a little with this one, but overall it still had that Sullivan heart and upheld their family creed and motto! Alec’s book is going to be soooo good! I can’t wait!

Eva Kaminsky’s performance didn’t disappoint. There were a LOT of extra characters this time around with much of the Sullivan brood making appearance for the event toward the end of the book. There was a need for an Irish accent in this one, to which she pulled it off brilliantly! 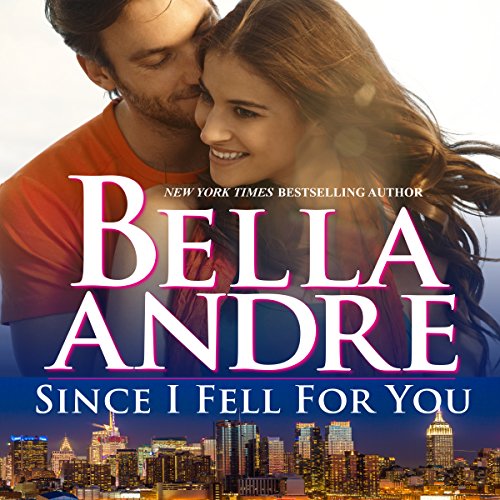 Since I Fell for You

I did not find the ebook through any of my channels for free, but the paperback is available through the local library system. You can check the WorldCat for it’s availability near you.

1 thought on “Review: Since I Fell for You (New York Sullivan’s, #2) by Bella Andre”