This is a quick read, but still quite steamy.

Eden wants the hot guy at work who she doesn’t think would give her the time of day. Her hot friend and co-worker Terry, (who obviously has a hidden crush on her), is determined to help her get the guy. So he drags her to a dress shop that happens to have an older lady running it, that just so happens to cast spells, that is more than happy to charge her a ridiculous amount of money to do it. She must make good money at the office she works at cause that was way too much money to pay for just a chance that the woman is not scamming her.

I was expecting this story to be a friends to lovers type of story. It is not, and I was left a bit conflicted at the end, which is reason for my 4. Overall it feels like just the beginning of a story and that I’m just getting the front end. I want the rest of the story! I agree with Terry’s assessment of the situation! Like Mr. Darcy in Bridget Jones’ Diaries, he likes her just the way she is!

The book was narrated by Xanthia Bloom, who did a great job. There was a distinction between the characters, so there was no confusion of who was talking.

Overall I give this 4 of 5 stars

Best price (@ time of writing this post): The ebook version is available through Amazon Unlimited for free and then you can purchase the audiobook version for $1.99. 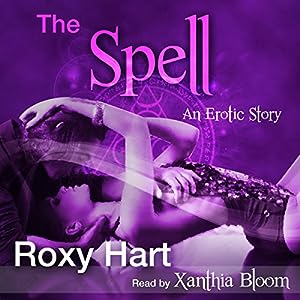