Ghosts, witches, and kittens oh my!

The Innocent Dead is a Cozy Mystery and #1 in The Maid, Mother, and Crone Series by Jill Nojack.

This series is a spin-off of the Bad Tom Series.
You get a temporary ending point, but the overall story arc continues.
My philosophy is ALWAYS to read a series in order! :-).

Content Advisory:
There are some mild sex references and scenes, but not much and no “C” words were used.

The Innocent Dead hits the ground running, and almost leaves those of us who have not read the previous series behind. It took me a while to aclimate to this title, but once I caught on, I didn’t want to let go!

The series focuses on the triad of Maid, Mother, and Crone. Don’t assume elder witch Natalie is the crone, because she will be more than happy to tell you why you are wrong. The ladies of the story all come with their own strengths and weaknesses, but each one is just as endearing. There is also potential fresh blood being introduced.

This story has a mystery at it’s heart, and it is an adventure to figure out. A murderer from the past is killing again, but the one they are blaming has been missing for several decades. Lucky for them, Natalie sees dead people, quite litereally. But how do you explain that to a skeptic Sherriff? Seriously, they need to get that guy a girlfriend.

It’s entertaining, heartwarming, and all magical. I want to read the Bad Tom series now. Hopefully that will come to audio in the near future. I will definately be listening to the rest of this series.

This is my 1st read/listen by Jill Nojack. This is her only audio title, but I hope they bring her other series to audio too! Her characters have such heart, and I want more!
Jill has 1 Audio titles.

This is my 1st listen by Brian Callanan and he did an amazing job. He did a full cast of characters, both male and female, and I couldn’t help but get lost.
Brian has 21 Audio titles. 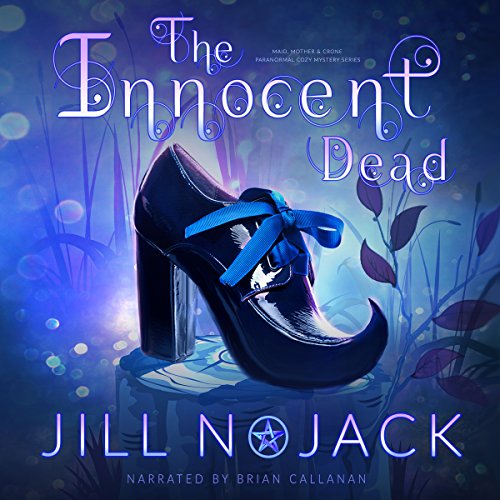 The Maid, Mother, and Crone Series

3 thoughts on “Review: The Innocent Dead (The Maid, Mother, and Crone #1) by Jill Nojack”