A Witch Without A Clan, Working For The Law.

This has multiple P.O.V.s, but it is a continuing story arc revolving around One Main Character! HFN endings with no cliffhangers. I would advise to read these in order to get the most out of the experience.

I listened to this as part of A Witch’s Path Box Set. It is also available as a single title. Both ebook counterparts are available through the Kindle Unlimited program.

This is the first in the series and sets up a lot of the mythology as well as introduces the main players in this world. Humans are closer to mythological beings than anything else. The scenes are well described and you can tell a lot of thought and research went into it, but it was almost too much at times. I think some stuff could of been saved for later book.

There is a lot of action with a smidgen of romance thrown in. There is a potential love triangle in the making. It drags a bit in the middle and the trolls were more like zombies but if you skim you will miss potential plot clues for future books. There were lots of small laughs as well as a few tears for some of the creatures. I was not disappointed, except for the fact that a certain character DID NOT become a troll snack, although…, he was away at the end and maybe when book two starts they will have an update that he did. I am looking forward to more either way.

N.E. Conneely is definitely good at story telling, just maybe a little too much info for one story sometimes. This was my first by her and I will be reading more!

Jeff Hays is Amazeballz! Seriously! This whole thing was done by one guy and you won’t even be able to tell. The characters and voices are all Amazing! I want more stories voiced by this guy because whatever he is reading it going to be good. 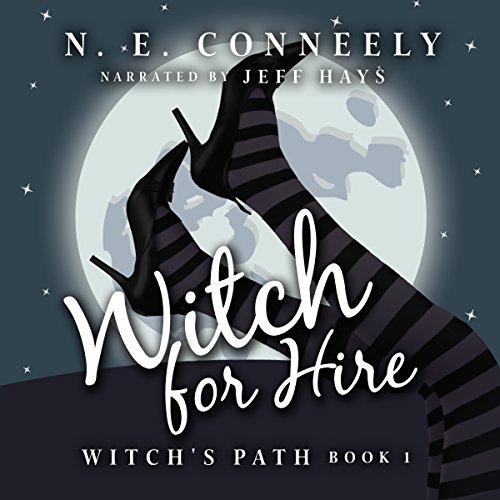